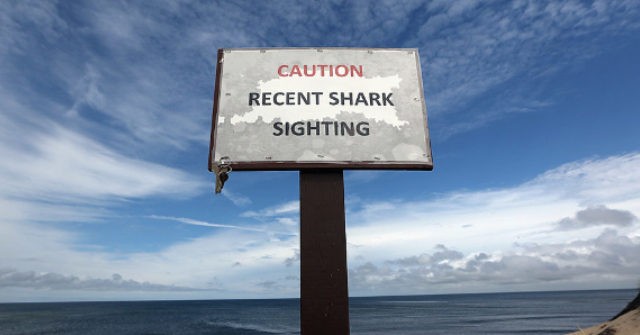 There are many hazards when going out surfing: you can lose your board, or you can get knocked off your board by a shark.

A boy in Florida became intimately aware of the latter danger.

9-year-old Chandler Moore was having a seemingly uneventful and relaxed ride on the waves on Saturday at Florida’s New Smyrna Beach, when he suddenly got knocked off his board. He didn’t at first realize why or how he had been knocked off his board. Though, after careful examination of footage from the GoPro camera he was using, Chandler and his dad Shaun, quickly discovered it was a shark that had interrupted his ride.

“What’s funny is, we didn’t even know that was a shark until we had come back in,” Shaun told the New York Post. “We surfed for another half hour after that.”

Chandler, who has been surfing since he was 4, doesn’t seem bothered by the close encounter with a potentially dangerous animal.

“It didn’t phase him at all,” Chandler’s dad said. “He’s a little daredevil.”

“The Moores describe the shark as a small breed called a blacktip. The variety is common at New Smyrna, and Shaun sees them frequently — but to have one sim directly into your surfboard is quite rare, the Post reports.

Perhaps the attack shouldn’t come as a total surprise, New Smyrna Beach has been dubbed the “Shark Attack Capital of the World” by National Geographic.

Though, according to Shaun Moore, that’s not likely to keep the natives away.

“If the waves are good, a couple sharks aren’t gonna scare anyone off.”