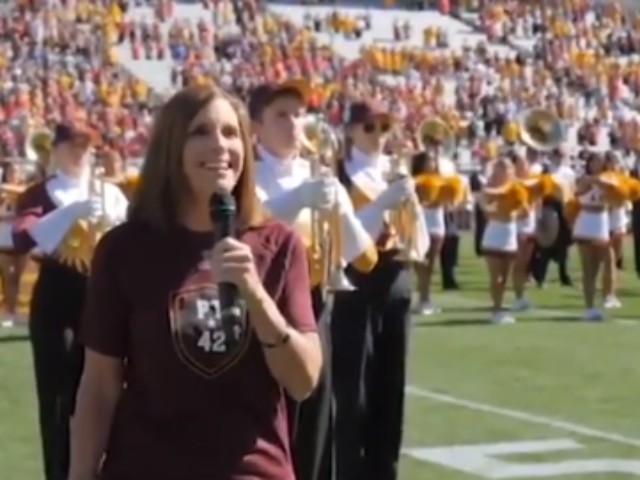 “Thrilled and honored to be able to sing the National Anthem before @ASU’s homecoming game,” wrote McSally in a post along with video of the performance. “Congrats on the win!”

Thrilled and honored to be able to sing the National Anthem before ⁦@ASU⁩’s homecoming game. Congrats on the win! pic.twitter.com/O5iD8qS27b

Martha McSally is running to replace outgoing Sen. Jeff Flake and against Democrat Kyrsten Sinema. Sinema has been under fire for repeatedly belittling groups of people over the years and her history of holding far-left views.