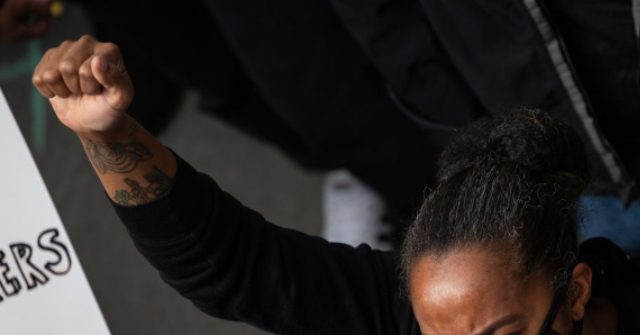 A large group of Black Lives Matter protesters made their way to, and inside Seattle’s City Hall on Tuesday night. Led by none other than a city council member, according to a report.

Kshama Sawant, a sitting member of the Seattle City Council, could be seen in pictures and videos which showed hundreds of protesters filing into city hall after Sawant allegedly let them in. Once inside, the Protesters began chanting “Durkan must go,” a reference to Seattle Mayor Jenny Durkan whom the protesters believe allowed the police to use aggressive tactics against demonstrators, such as tear gas and other crowd dispersal techniques.

“Protesters who are part of a wave of unrest across the country in the wake of the death of George Floyd at the hands of the Minneapolis police on Monday took over city blocks in Seattle, set up barricades, and some have implied on social media that they will use armed guards to secure their occupation.

“The people hunkered down in Seattle have dubbed it Capitol Hill Autonomous Zone with a tag line to ‘free Capitol Hill,’ according to Twitter posts and a Capitol Hill Seattle Blog website, which detailed the development.”

Durkan was specifically targeted in a lawsuit filed earlier on Tuesday, by those seeking to punish city officials for what they believe have been aggressive police tactics. Last week, several leftist leaders in Seattle called for Durkan’s resignation after she declined to guarantee that the police would not use tear gas.