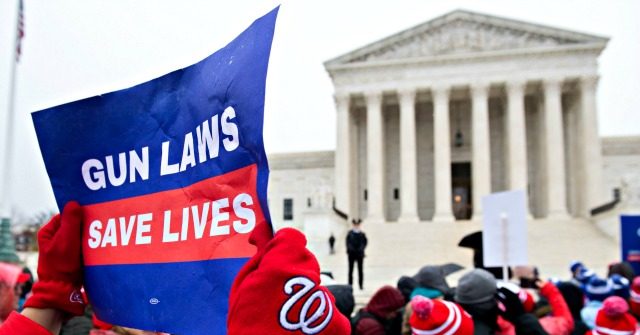 Protesters who flocked to the Supreme Court of the United States Monday could not give the name of the case they came to oppose.

Members of the NRA’s social media team mingled with the protesters and asked them to name the case they were protesting. They received answers such as, “New York gun club vs. New York State,” “Demand action,” and “I’m sorry but I don’t know.”

Note to Everytown: You should provide your protestors with the most basic information about what they’re protesting. This was rather embarrassing today.

Your supporters labeled us a “criminal organization,” called for the repeal of the 2nd Amendment, and wanted to ban firearms. pic.twitter.com/ecxTd4rpql

On December 1, 2019, Breitbart News reported that SCOTUS was about to hear the case and we noted that it centered on a NYC gun control that prohibited licensed gun owners from transporting their firearms to all seven city-approved ranges. The protesters interviewed by the NRA were present to protest the possibility of a decision against NYC gun control.