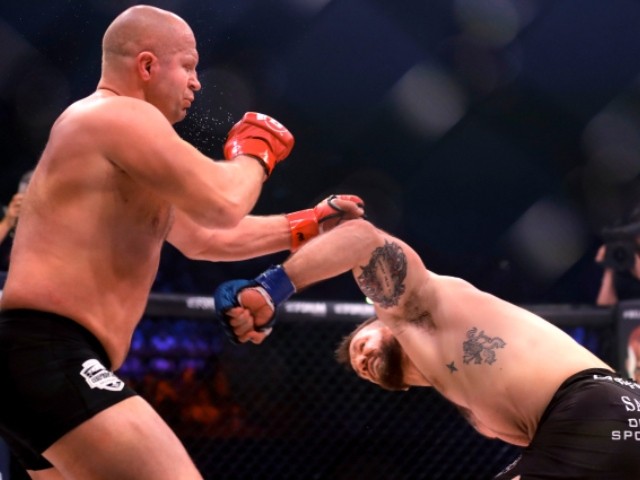 It was expected to be the most difficult challenge Ryan Bader would face on his seemingly unstoppable quest to clinch the Bellator Heavyweight Grand Prix championship. However, it ended up just being another short day at the office for “Darth Bader.”

On Saturday night at Bellator 214, Ryan Bader knocked MMA legend Fedor Emelianenko out in just 35 seconds of the first round.

Bader enjoyed an even easier victory over Muhammad Lawal, knocking him out in just 15 seconds. In addition, the former Arizona State wrestler beat fellow heavyweight Matt Mitrione decisively on the ground. Bader was the Bellator light heavyweight champion prior to his bout with Emelianenko, the victory won him the organization’s vacant heavyweight championship and made him the first dual-champion in Bellator history.

“Emelianenko, 42, suffered his first defeat since June 2017 and the fifth knockout loss of his career.”