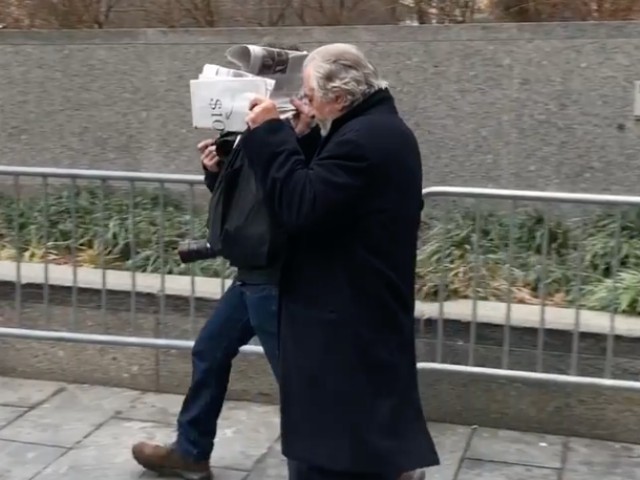 Actor Robert De Niro was spotted shouting at his driver on the phone and covering his face with newspapers outside a New York City courthouse Thursday.

According to PageSix, Robert De Niro, who is in divorce proceedings with his estranged wife Grace Hightower, was leaving court, and began to yell at his driver over the phone when he couldn’t find him.

“You’re not in front! You’re not where you dropped us off!” the Heat actor reportedly yelled.

The Taxi Driver actor is in court with Hightower to fight over the custody of their 7-year-old daughter. Hightower and De Niro have been separated since last fall.

Announcing their separation, De Niro said in a statement in November, “Grace and I have two beautiful children together. We are entering a period of transition in our relationship which is a difficult but constructive process.”

“I honor Grace as a wonderful mother and ask for privacy and respect from all as we proceed to develop our roles as partners in parenting,” the 75-year-old said.

The couple, which originally got married in 1997, almost divorced in 1999, but later got back together.