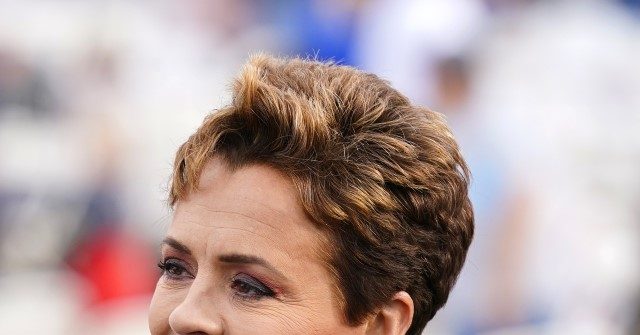 Republican Arizona Governor candidate Kari Lake trashed CNN to one of its reporters’ faces when asked for an interview.

During a campaign stop this week, CNN reporter Kyung Lah approached Kari Lake and asked if she had a minute to chat, prompting a rather sarcastic exchange.

“You don’t have a mask anymore. What’s going on?” Lake sarcastically asked Lah.

“We’re outside,” responded Lah. “Do you have a minute to chat?”

Lake used the opportunity to remind CNN of just how far it has fallen.

“I’ll do an interview,” said Lake. “As long as it airs on CNN+. Does that still exist? I didn’t think so, because the people don’t like what you guys are peddling, which is propaganda.”

WATCH what happens when @CNN ambushes @KariLake outside of an event 😂

“I’ll do an interview with you… as long as it airs on CNN+, does that still exist?”

Former President Trump endorsed Kari Lake for governor last September, hailing her as a “fantastic person” who will fight for the MAGA movement. The former president also highlighted Lake’s previous media experience as proof that she will not back down in the face of fake news propagandists.

“Kari Lake is running for Governor in the Great State of Arizona,” Trump said. “She is a fantastic person who spent many years working as a highly respected television anchor and journalist. Because of this, few can take on the Fake News Media like Kari.”

“Journalism has changed a lot since I first stepped into a newsroom, and, I’ll be honest, I don’t like the direction it’s going,” Lake said at the time.

“The media needs more balance in coverage, and a wider range of viewpoints represented in every newsroom at every level, and in each position. In the past few years, I haven’t felt proud to be a member of the media. I’m sure there are other journalists out there who feel the same way,” she added.