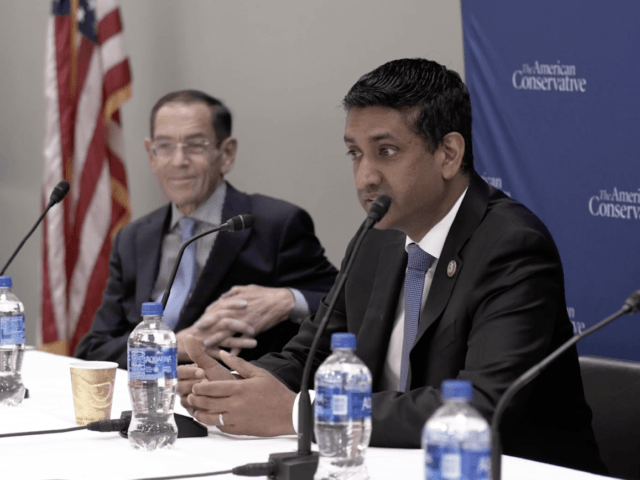 Reps. Ro Khanna (D-CA) and Ken Buck (R-CO) agree that Congress should weigh in on the deployment of American troops across 17 different nations.

Reps. Khanna and Buck, along with constitutional scholar and attorney Bruce Fein, discussed Congress’ inability to rein in the executive branch’s war powers and restricting the 2001 Authorization for Use of Military Force (AUMF), which has expanded from military engagement in Afghanistan to several other places across the world.

The White House has a report, twice a year, to the Congress, in that report he details where we have combat troops, in 17 places, in the world. There was that whole crisis in Nigeria, some members of Congress and senators went out and said I didn’t know that we had troops in Niger, well every year twice a year, the president actually details this. Seventeen places we have combat troops.

I said what we ought to do is have Secretary Mattis, Secretary Pompeo come before the House Armed Services Committee or Foreign Affairs Committee and let’s go one by one, where do we have troops, why are we there, how much is this costing us, and what’s the strategic interest, and at least have that debate.

Rep. Buck contended that the executive branch has and continues to abuse the 2001 AUMF and “has been used in ways to that was not intended” to increase America’s deployments across the world.

The Colorado Republican said that it will take a “bipartisan, bicameral” effort to rein in the 2001 AUMF and that conservatives and progressives have and will continue to come together to “rein in” the early 200’s AUMF.

Fein suggested that Congress should use the “power of the purse to rein in America’s nine ongoing conflicts across the world.