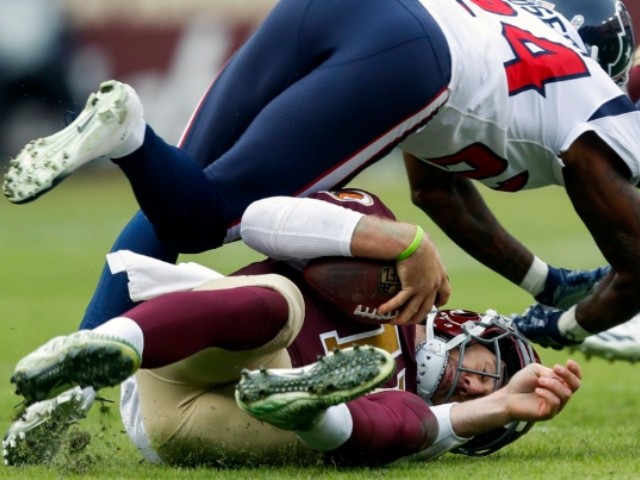 Things went from bad to worse on Sunday, for a Redskins offense that was looking to find some consistency with their play. Now, the Redskins will have to search for that consistency without their starting quarterback.

On a third-and-nine play in the third quarter, the Texans’ J.J. Watt and Kareem Jackson sacked Alex Smith. Afterwards, Smith fell awkwardly on his leg.

The injury, an apparent severe right ankle injury, was significant enough that Smith had to be carted off the field. The injury also occurred on the 33rd anniversary of another unfortunate sacking of a Redskins QB. Redskins legend Joe Theismann had his leg broken on November 18, 1985. A historical fact which Theismann shared on Twitter.

I feel so bad for him.

Colt McCoy came on to replace Smith as the Redskins quarterback.