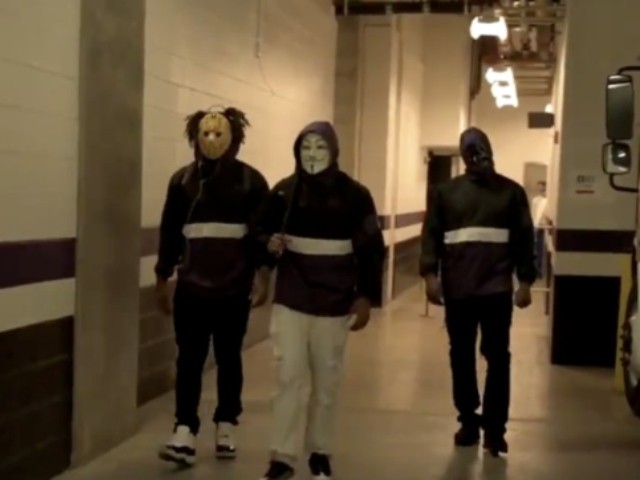 As the Baltimore Ravens prepared to face the Los Angeles Chargers in Sunday’s AFC Wild Card Round, some players tried the novel tactic of wearing horror film masks to intimidate the opposition.

The thus far unidentified Ravens players in masks silently stalked down the hallway at M&T Bank Stadium as the cameras followed their procession, Total Pro Sports noted. The masks included the “Jason” hockey mask and the “Anonymous” mask.

It is likely they got the idea from Indianapolis Colts wide receiver T.Y. Hilton who donned a clown mask in response to Houston Texans cornerback Johnathan Joseph, who called Hilton a “clown” for saying that NRG Stadium was like a “second home.”

Indeed, there was no clowning around for Hilton and the Colts as they smashed the Texans and advanced to the next round to face the top-seeded Kansas City Chiefs next Saturday.

Sadly, despite their intimidating masks, the Ravens got off to a very slow start against the Chargers. By the end of the third quarter, they were down 9 points, with the Chargers leading12 to 3.

This Sunday is not the first time a Ravens player has worn a mask to a game. Last year, Terrell Suggs wore a Batman “Bane” mask before facing the Pittsburgh Steelers.