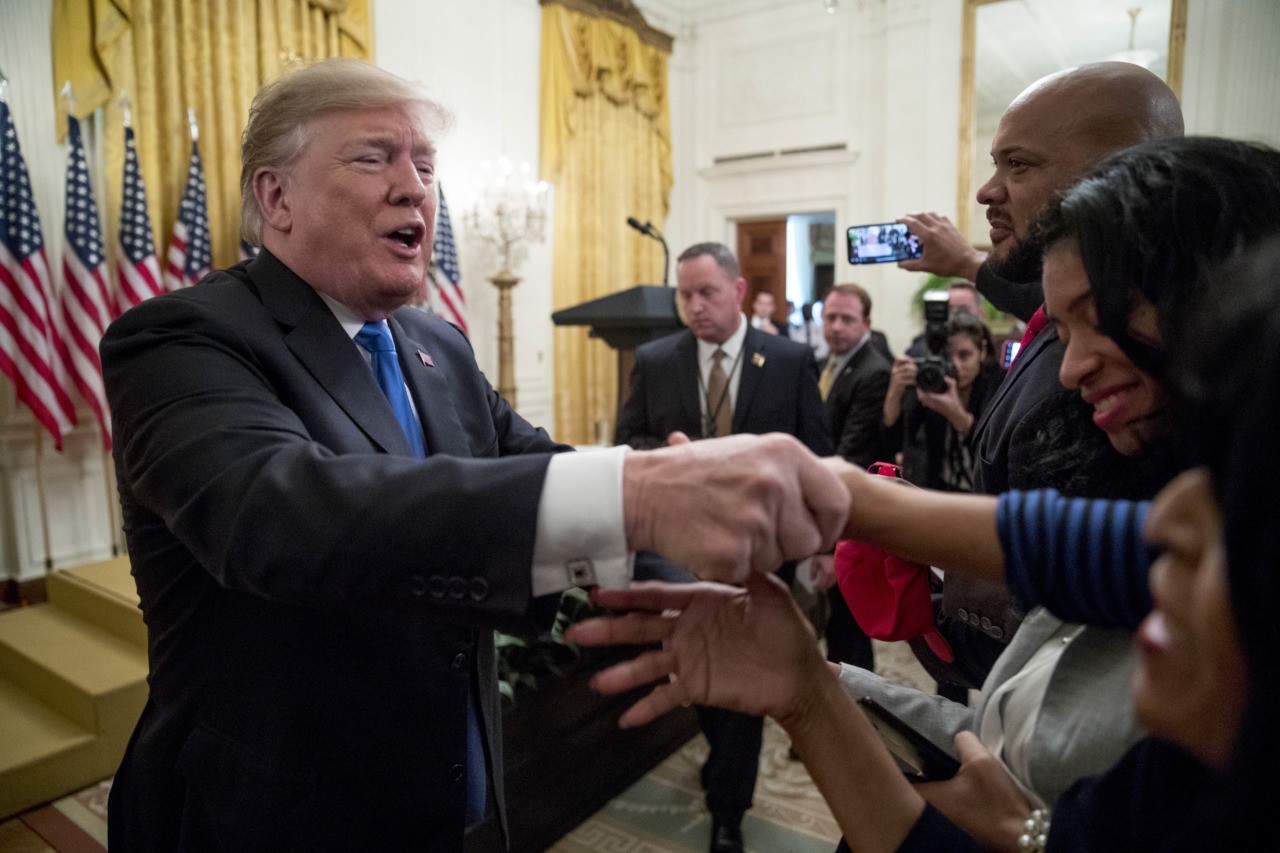 “Each of you represents the future of our nation,” President Trump began, “You are not afraid to stand up for your beliefs or stand against injustice. You refuse to be told by the same failed voice how to think or what to believe.”

“You are not intimidated [by] the forces of political correctness.”

“The worst tendency in our politics is to tell people what they should believe based on their race or religion or color or creed,” continued the president, “We reject the politics of division, and we embrace the unity of being American.”

“The Democrats are very nervous. They do nothing for you, and [your vote] was supposed to be automatic,” President Trump said.

“Our agenda of America First belongs to every citizen,” President Trump continued, “Why is [‘America First’ called] racist? — Does everybody in this room agree, you’re living in America. America first, right?”

The audience responded by erupting with cheers and chants of “USA!”

The greatest President of our lifetime just addressed the LARGEST EVER CONSERVATIVE YOUNG BLACK LEADERSHIP SUMMIT!@realDonaldTrump was on fire, the audience loved him, energy off the charts!

What a special moment!

The movement is growing! pic.twitter.com/adwxiGCjYi

“When I ran for president, I asked black Americans to give me a chance with your vote by saying, “What the hell do you have to lose?” — the audience finishing his sentence with him.

“While the Democrat Party is obsessed with resistance, we are focused on results.”

“You are all the future of this nation, and there’s nothing you can’t do,” President Trump told the patriotic group.

Hundreds of young black conservatives are gathered in Washington, DC, to attend Turning Point USA’s first ever Young Black Leadership Summit, which will continue on throughout the weekend, and will conclude on Sunday, October 28th.