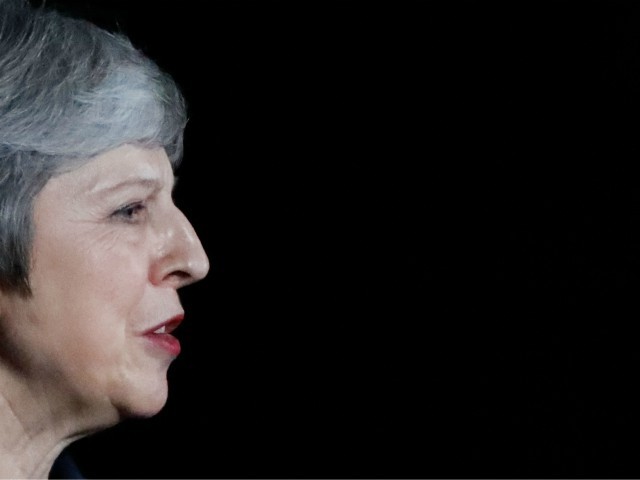 Theresa May has faced arguably the toughest day in Parliament by any British prime minister since Neville Chamberlain’s Norway debate in 1940.

The analogy was drawn by Sky News’s political correspondent Lewis Goodall after the prime minister faced hostile question after question on Thursday during House of Commons debate on the proposed UK withdrawal agreement, with Mrs May finding only a few words of support from within her own party.

Chamberlain resigned shortly after his wartime Commons showdown, paving the way for Prime Minister Winston Churchill to lead the country to victory.

Here are five of the most excoriating comments and questions directed by Brexiteer MPs at Mrs May:

The chairman of the European Research Group signalled that he would be giving his letter of no confidence to the 1922 Committee chairman, Sir Graham Brady, the MP for Altringham and Sale West. Once Sir Graham receives 48 such letters, can he trigger a leadership challenge. Mr Rees-Mogg said:

“My Right Honourable Friend, and she is unquestionably honourable, said that we would leave the Customs Union. Annex two (of the draft agreement) says otherwise.

“My Right Honourable Friend said that she would maintain the integrity of the united kingdom;  a whole protocol says otherwise.

“My Right Honourable Friend said that we would be out of the jurisdiction of the European Court of Justice; article 174 says otherwise.

Rees-Mogg handed in his later a short time after, addressing media outside the Palace of Westminster, saying: “What has been achieved today is not Brexit.”

The leader of the Protestant, pro-Union Democratic Unionist Party (DUP), represented a constituency of Brexiteers most at risk in the United Kingdom with the wording of the Northern Ireland protocol in the draft agreement leaving open the possibility of breaking up the country.

“Mr Speaker, I could today stand here and take the Prime Minister through the list of promises and pledges she made to this House, and to us privately, about the future of Northern Ireland in the future relationship with the EU. But I fear it would be a waste of time, since she clearly doesn’t listen.

“Can I clearly say today, that this House now has a clear choice and every member in it, that this House has been left in a position where the choice is subjection to the rules and laws of others who may not have our interests at heart, and for Northern Ireland and our precious Union — five of those who have resigned today have talked about the threat to the integrity of the Union and I praise them for their integrity for that they have said and done and for their strong actions,” Mr Dodds said with emotion in his voice.

Bill Cash: “These 585 pages are a testament to broken promises, failed negotiations, and abject capitulation to the EU.”

The Maastricht Rebel Sir Bill Cash, described as the most Eurosceptic Member of Parliament by Tory colleague and remainer Kenneth Clarke,  has been campaigning for the UK to leave the EU for decades, and as a veteran Brexiteer, picked apart May’s alleged negotiation victories. He said:

“These 585 pages are a testament to broken promises, failed negotiations, and abject capitulation to the EU.

“Will my Right Honourable Friend understand that they represent a list of failures on Northern Ireland, ECJ [European Court of Justice] issues, indefinite extention of time, customs, full independence of trade and fisheries, and above all, on our truly leaving the EU because they will control our laws.”

Farage Celebrates Wave of Resignations from May Govt: ‘It Seems She Won’t Survive the Week’ https://t.co/UXEgitlmac

Peter Bone: Don’t give £39 billion to the EU — use it in this country!

Mr Bone called out the prime minister on the massive divorce bill, pointing out it could be put to use across the UK:

“The government is preparing to give the £39 billion to the EU and there is no legal obligation to do so. And we are going to get nothing in return. That is £60 million for each and every constituency in the country.

“If i had £60 million in Wellingborough, I’d have the bypass, I’d have our roads mended properly, I’d have an urgent care centre at the hospital, and I’d have millions of pounds over.

“Please, prime minister, use that money in this country — not give it to the EU!”

Member of the European Research Group Mark Francois, said that there are 84 Tories who will vote against the deal, and the numbers are rising.

“Our key ally in this place will vote against it.

“Over 84 Tory MPs — and the number is going up by the hour — will vote against it.

“It is therefore mathematically impossible to get this deal through the House of Commons. The stark reality, prime minister, is that it was dead on arrival at St Tommy’s [hospital] before you stood up. So I plead with you to accept the political reality you now face.

The Moggfather’s hour has come… DELINGPOLE: The Phoney War Is over; the Real Battle for Brexit Has Begun https://t.co/pZkcq7sCWp