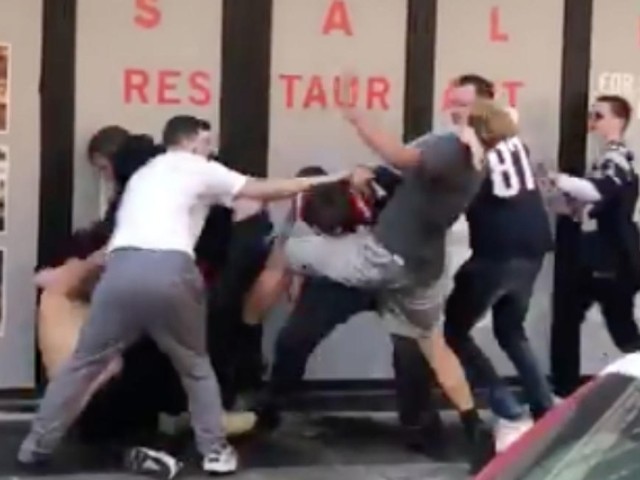 A group of Patriots fans decided to celebrate their hometown team’s Super Bowl win with a wild brawl during the city’s victory parade.

Video of the melee was posted to Twitter on Tuesday, The Big Lead reported.

The video shows a group of men erupting in violence, kicking, taking swings, and knocking each other to the ground. Toward the end of the brawl one man in a gray sweatshirt even seems to viciously kick a man who was already down.

Nothing says Boston like a bunch of Pats fans beating the shit out of each other after a championship parade @OnlyInBOS pic.twitter.com/nd86c36BXe

There is no hint about what sparked the fisticuffs.