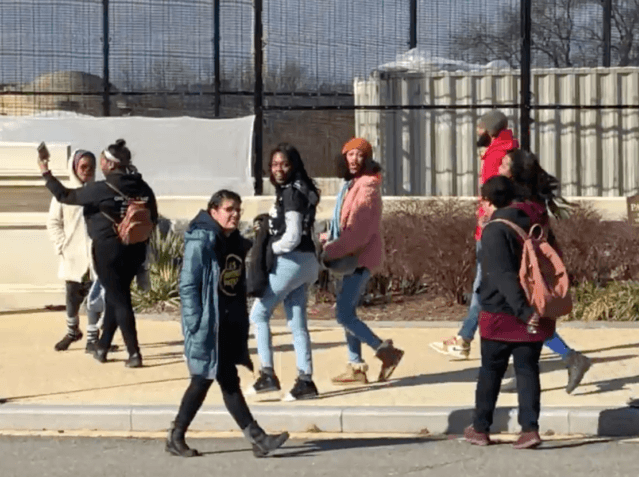 A group of passersby began yelling “Fuck Trump” Wednesday at Americans who were sharing the stories of loved ones killed by illegal aliens.

The eight young people were walking between the U.S. Capitol building and a group of Angel Families holding large photos of their dead loved ones and sharing the stories of the American lives cut short by illegal aliens.

“Fuck Trump,” yelled some of them as they walked and held up middle fingers.

The Angel Families were holding a press conference with current and former legislators, administration officials, America First Policies, and other pro-Trump and pro-border security groups. Those speaking at the press conference called on Congress and President Donald Trump to secure the border and build a wall at the U.S. southern border.

“Fuck Trump pussies,” a woman could be seen and heard yelling at the Angel Family group.

“Fuck Trump” could be heard repeatedly from several in the group.

A Maryland sheriff put his arm around Angel Mom Sabine Durden, who put her arm around the sheriff in turn.

Mark Morgan, former Border Patrol chief under the Obama administration had spoken at the Angel Families event and was giving an interview as the “Fuck Trump” yells rang out.

Angel Families continued to tell their stories despite the profane screams from the passersby.