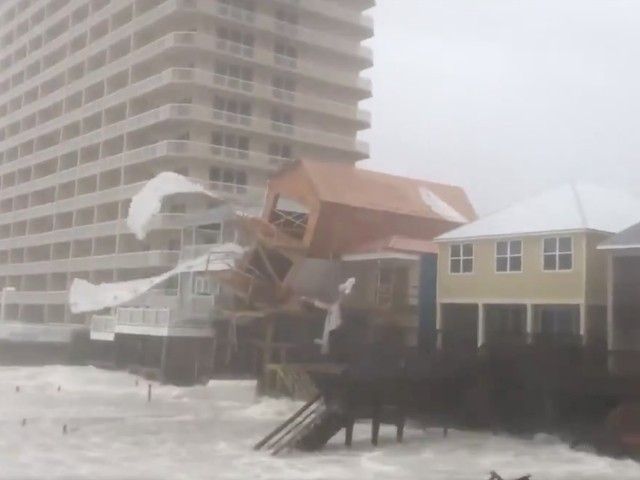 The eye-popping footage, shared just hours before Hurricane Michael made landfall in the waterfront town, shows powerful wind gusts sending a new construction vacation home tumbling off its support beams. “New construction just collapsed in front of me in Panama City Beach from #hurricanemichael!!! It is going bad fast!” Weinberg tweeted with the accompanying video:

New construction just collapsed in front of me in Panama City Beach from #hurricanemichael!!! It is going bad fast! pic.twitter.com/CG5R8jcUuf

As reported, Michael’s wind speeds reached a staggering 150 mph, while moving at 14 mph. The National Weather Service estimates the region could receive a foot of rainfall with coastal surge flooding hitting 14 feet. Earlier Wednesday, Flordia Gov. Rick Scott warned the 375,000 residents in Hurricane Michael’s path that the storm is the worst of its kind in more than 100 years. “Hurricane Michael is upon us, and now is the time to seek refuge,” Scott told residents in the hurricane’s path.