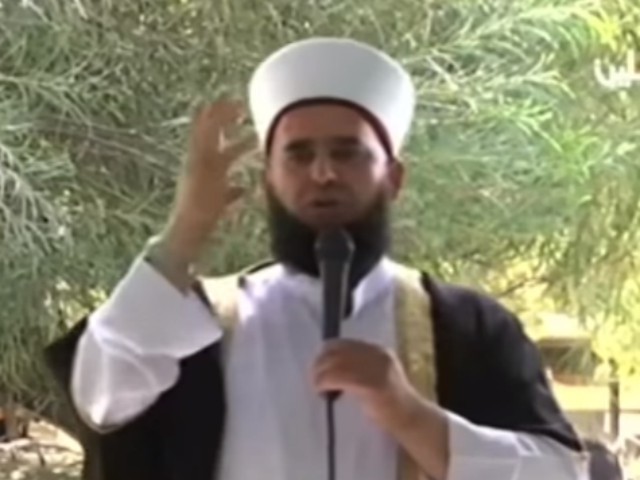 JERUSALEM – A Sharia judge for the Palestinian Authority claimed in a sermon that was broadcast on the PA’s official TV network that Jews “dance and live on the body parts of others, and on the blood of others,” and “there is no global corruption that their rabbis did not allow.”

In an anti-Semitic sermon broadcast earlier this month and translated by Israeli watchdog Palestinian Media Watch, Muhammad Abu Rumi charged Jews with being “the fabricators of history.”

“The war is not only over this strip of land, as you all know the Jews want everything and not just a part [of it],” Abu Rumi went on.

“There have always been two camps in history: the camp of truth and the camp of falsehood. The people of falsehood see themselves as those who rule over everything. … Among the Jews we find nothing but corruption and depravity.”

His words echoed those of PA President Mahmoud Abbas’s senior adviser on Religious Affairs Mahmoud Al-Habbash, who earlier this month said that the conflict between Palestinians and Israel is between “Muslims and their enemies, between Islam and the culture of Satan.”

Al Habbash further said the conflict is the battle between “good” vs. “evil,” and that Israel represents the “culture of Satan” in the battle against “Islamic culture in all its splendor and human glory.”

Al-Habbash, who serves as the premier religious figure in the Palestinian leadership, claimed that the Al Aqsa Mosque and the holy sites surrounding the Temple Mount will be the final frontier for the end-of-days battle to destroy the Jews as described in the Quran.

“Jerusalem is the arena of conflict between us and the colonialist project,” Al Habbas said in reference to Israel. He continued that the Al Aqsa Mosque will be the battleground for the “eruption of the conflict and The Battle of History between Islam and the enemies of Islam; between the Muslims and the enemies of Muslims; between the Islamic culture in all its splendor and human glory and the culture of Satan attempting to establish oppression and aggression at the expense of the culture of truth and goodness.”