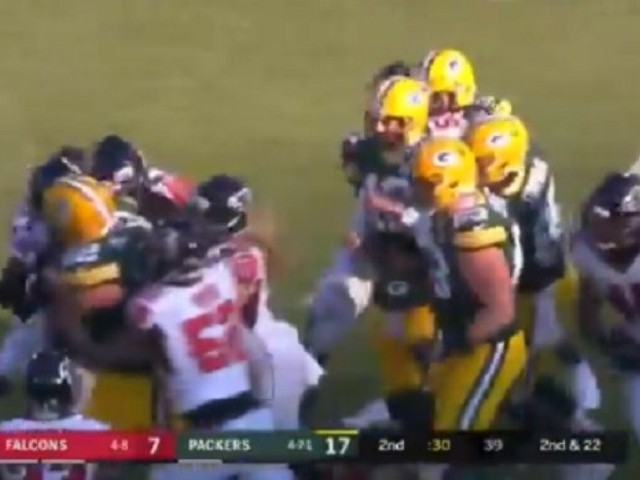 The Packers have fired their head coach and don’t seem to have a lot left to play for, but that doesn’t mean they don’t have a lot of fight left.

After Aaron Rodgers slid on a second quarter carry, Falcons safety Brian Poole came in and delivered what appeared to be a late, helmet-to-helmet hit on an exposed Aaron Rodgers. Green Bay’s offensive linemen did not take kindly to this and let the Falcons know:

#Falcons put a big hit on Rodgers and a Fight ensuespic.twitter.com/LWNbyOWni1

Both teams were penalized. However, for all the trouble, replay showed that Poole did not use his head and the hit was legal. Still, good to know the Packers will still defend their quarterback if needed.