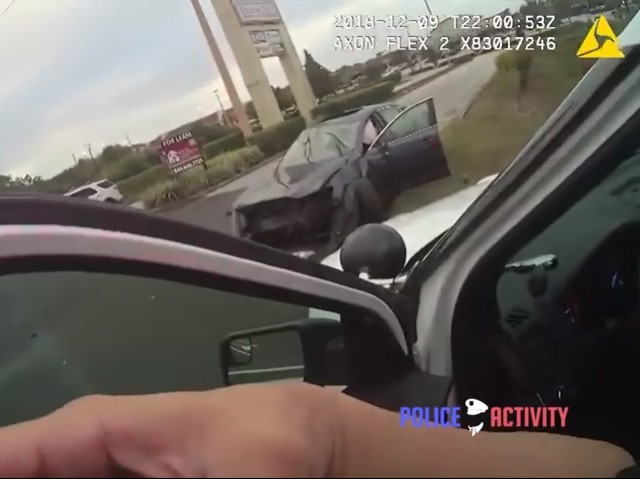 Deputies in Pasco County Florida were applauded by onlookers after chasing down a 14-year-old car thief, tackling and handcuffing him.

The incident occurred on December 9 and on December 11 ABC Action News reported that body cam footage from the incident was released. That footage shows an officer pursuing the suspect, who appears to run at least one stop light and weave in and out of traffic in an attempt to escape. He then veers right and cuts sharp to the left, causing the allegedly stolen vehicle to flip repeatedly.

The suspect then jumped out of the vehicle and took off on foot near a shopping plaza.

Onlookers could be heart applauding as police held the suspect face-down in the grass and put handcuffs on him.

Fox 13 reports that “the juvenile suspect [allegedly] stole the car from a dealership on US 19 in Hudson, Florida.”

The 14-year-old is being charged with “grand theft and criminal mischief.”