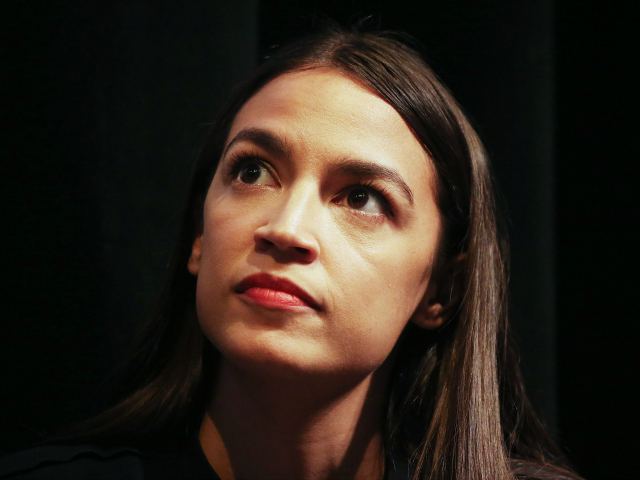 Representative-elect Alexandria Ocasio-Cortez failed to accurately name the three branches of the federal government while speaking on a video conference call with prospective left-wing candidates on Saturday.

Contrary to Ocasio-Cortez’s claim, the U.S. government is divided into branches and not chambers.

According to the USA.gov website, the U.S. government is divided into three branches: the executive branch, the judicial branch, and the legislative branch.

An Ohio Republican state representative then called her out on Twitter for failing to correctly name the three branches of the U.S. government:

What is a chamber of government, @Ocasio2018? https://t.co/DNAQWIlbzm

The Democratic Socialist then brought up the video in a separate tweet, using it as an opportunity to accuse Republicans of “drooling” over her mistakes:

Maybe instead of Republicans drooling over every minute of footage of me in slow-mo, waiting to chop up word slips that I correct in real-tomd, they actually step up enough to make the argument they want to make:

that they don’t believe people deserve a right to healthcare. https://t.co/fMOijEa7tF

Ocasio-Cortez, the 29-year-old Democratic Socialist from New York who has crafted an image of herself as a working-class woman despite being raised in the affluent suburb of Westchester County, will be the youngest female member of the House once she is sworn in this January.