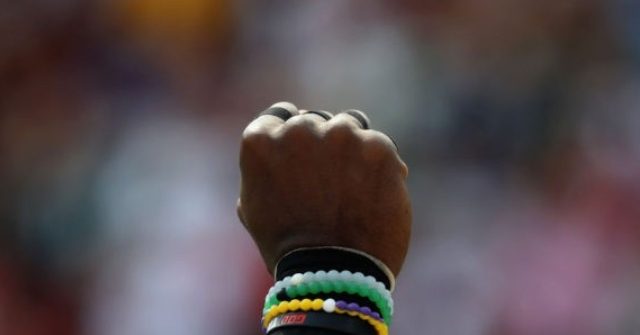 A group of NFL players from across the league have gathered for a 70-second video demanding that the NFL deliver a clear message about racial injustice in the wake of the death of George Floyd.

Then comes DeAndre Hopkins to ask, “What will it take?”

“For one of us to be murdered by police brutality?” Browns receiver Jarvis Landry adds.

“What if I was George Floyd?” Cardinals cornerback Patrick Peterson asks.

“If I was George Floyd,” Giants running back Saquon Barkley also asks.

“What if I was George Floyd?” Browns receiver Odell Beckham Jr. joined in.

From there, quick cuts of players saying the names of those who died in confrontations with police are reeled off by players including, Chiefs quarterback Patrick Mahomes, Texans quarterback Deshaun Watson, and Cowboys running back Ezekiel Elliot.

The video ends with this:

We will not be silenced. We assert our right to peacefully protest. It shouldn’t take this long to admit.

The NFL has sunk at least $20 million into social justice causes since 2017, the year after Colin Kaepernick first began to protest against the United States during the playing of the national anthem.

The league has also contracted with activist rapper Jay-Z to make sure its music and other entertainment programing conforms to the social justice agenda.