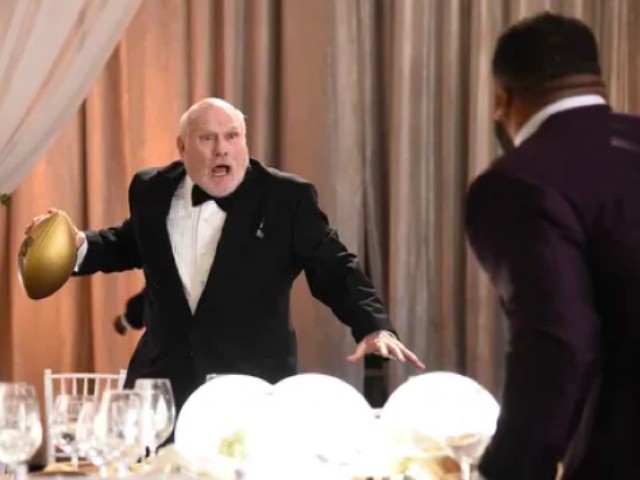 After only three points in 30 minutes of football, and a long series of terrible no-good awful commercials, the Super Bowl finally delivered a great commercial.

Oddly, it was not a commercial geared towards selling anyone anything.

The NFL put together a commercial to commemorate the league’s 100th anniversary, featuring some of the greatest players to ever play the game.

The all-time greatest, most competitive NFL players gathered for the #NFL100 gala. What could possibly go wrong? pic.twitter.com/pvE0fKuSye

According to Sports Illustrated:

As commissioner Roger Goodell made a speech, the players all scrambled after a fumble. In an ad of highlights, one of the best moments was Patriots legend Tom Brady handing his rings to NFL newbie Baker Mayfield.

Rams running back Todd Gurley was featured in the commercial got one carry. Nearly as many carries as he got in the entire first half.