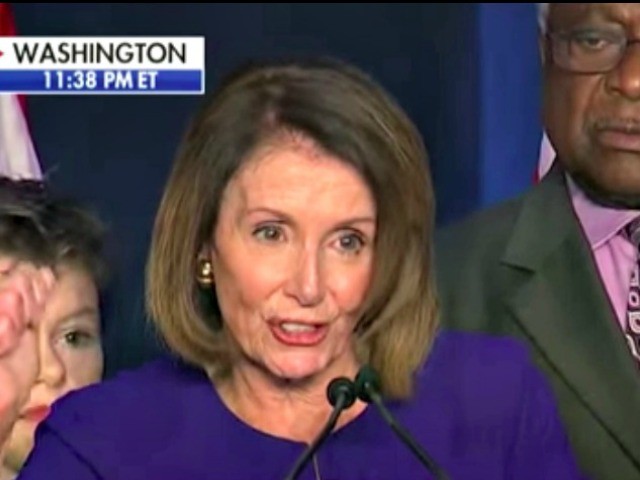 After it was announced that Democrats would take back control of the United States House of Representatives, Nancy Pelosi spoke out to congratulate her colleagues and commend the DNC chair.

“Tomorrow will be a new day in America,” Pelosi affirmed as she thanked voters. “Remember this feeling, know the power to win.”

“Today is more than about Democrats and Republicans,” Pelosi said. “It’s about restoring the Constitution and checks and balances to the Trump administration. It’s about stopping the GOP and Mitch McConnell’s assault on Medicare, Medicaid, Affordable Care Act, and millions of Americans living with pre-existing medical conditions.”

Pelosi then touted her initiative to assist those with pre-existing conditions.

Pelosi then vowed to lead with honesty.

“In stark contrast to the GOP Congress,” Pelosi said, “a Democratic Congress will be led with transparency and openness. So that the public can see what’s happening and how it affects them and that they can weigh in with the members of Congress and with the President of the United States.”

Pelosi also made it clear that Democrats would keep a close eye on President Trump as she noted division in the country.

“We will have a responsibility to find our common ground where we can, stand our ground where we can’t, but we must try,” Pelosi stated. “A Democratic Congress will work for solutions that bring us together because we have all had enough of division.”

Pelosi also stated her party would “have accountability” and “strive for bipartisanship.”

“Thank you all for making the future better for all of America’s children. God bless you. God Bless America. Thank you all very much,” Pelosi said as she concluded her speech.