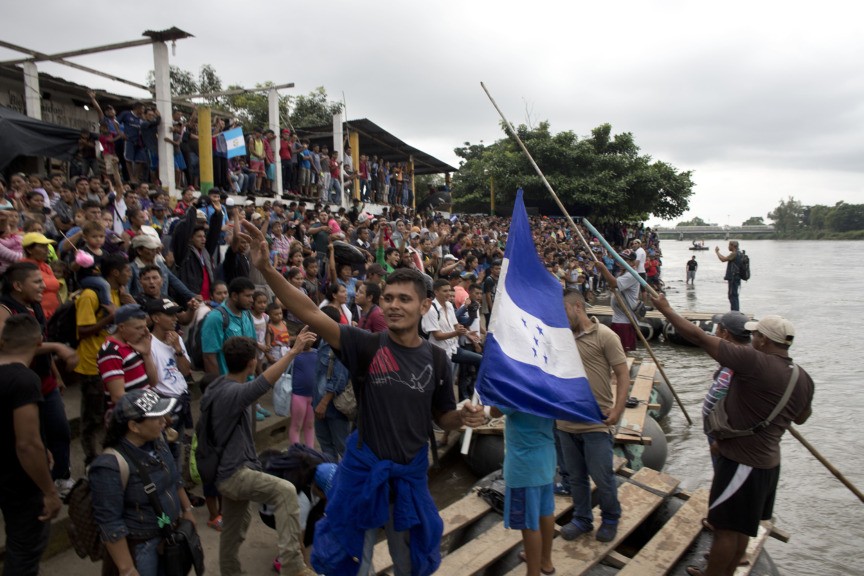 More than 4,000 migrants forced their way into Mexico after storming a border fence with Guatemala.

Video captured by Noticias Telemundo shows the moment when hundreds of migrants force the gate open and rush into Mexico despite officials efforts to keep the migrants out.

Mexican authorities previously vowed to turn back any migrants who did not follow immigration law.

The rush is the latest development for the caravan originating in Honduras, when approximately 1,300 migrants began an organized march to Mexico with some making their way to the U.S. Border.

The caravan caused the Mexican government to announce it would enforce immigration laws and turn back those who did not obtain a visa to travel through country. Despite the threat, the caravan grew in size to more than 4,000, pushing President Donald Trump to state he would remove all financial aid to Central American countries if the migration was not halted.

It remains unclear how many migrants were able to successfully enter Mexico by force.

This story is developing and will be updated.