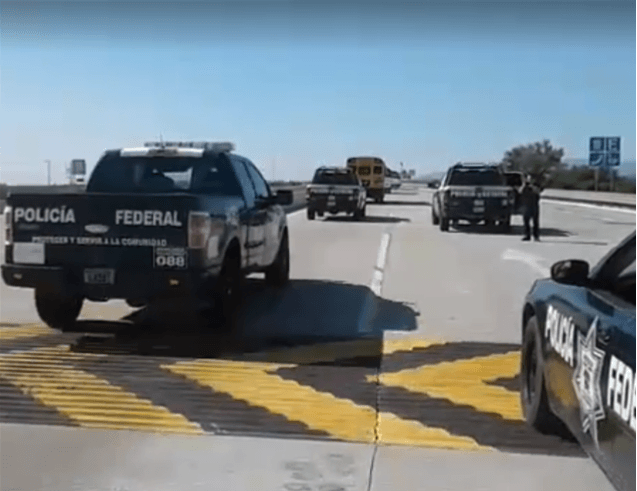 A caravan of nearly 400 migrants in eight buses arrived in the northern border state of Sonora, escorted by state and federal police on Monday.

A video posted by online depicts part of the caravan passing through a toll booth.

State and Federal police are providing security for the group as it heads to the U.S. border. The caravan stopped on the outskirts of Ciudad Obregon for a period of no more than 10 minutes to receive food and water. The caravan later stopped at a gas station, where they were met by personnel from Civil Protection and other agencies, according to local media.

Mexican authorities say doctors and specialists will be installed at various points on the road. Medical personnel are reportedly providing care for those who have become ill and also require vaccinations.

The caravan is expected to stop in the state capital of Hermosillo before continuing to Tijuana, which is currently experiencing a raging cartel war with record-breaking homicide figures.

Breitbart News reported extensively on the cartel violence taking place in Tijuana, with a total of 2,152 homicides in 2018. Some in the caravan are choosing to head to Tijuana to avoid areas such as Tamaulipas and Coahuila. The cartels controlling Tamaulipas and Coahuila areas tend to direct their violence against the migrant community via extortion schemes.