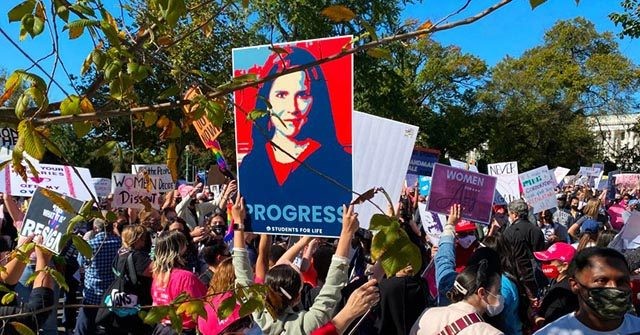 Dueling demonstrations are taking place in the nation’s capital Saturday as Women’s March activists clash with supporters of both President Trump and his Supreme Court nominee Judge Amy Coney Barrett.

The anti-Trump Women’s March is taking place in Washington, DC, as well as several cities across the nation. According to the official Women’s March website, the day of action is about sending an “unmistakable message about the fierce opposition to Trump and his agenda, including his attempt to fill Ruth Bader Ginsburg’s seat.”

Breitbart News is live on the scene, as feminists involved with the Women’s March square off with supporters of both Trump and Barrett. Footage shows feminists arguing — particularly over abortion — and hurling expletives at the pro-Trump demonstrators.