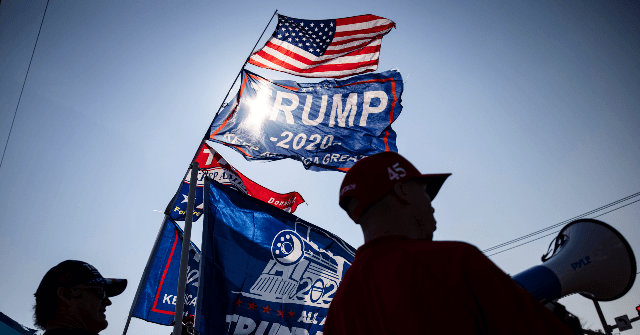 President Donald Trump supporters have held vigil outside of Walter Reed National Military Medical Center in Bethesda, Maryland, ever since he was transported there on Friday after testing positive for the coronavirus. The “get well” rally continues on Sunday — including a surprise visit by the president.

Trump and a small motorcade drove slowly by his supporters. Video posted on social media show Trump waving from inside one of the vehicles.

Supporters have been gathering day and night at Gate 2 on Wisconsin Avenue holding signs and Trump and American flags, and interacting with motorists passing the medical center.