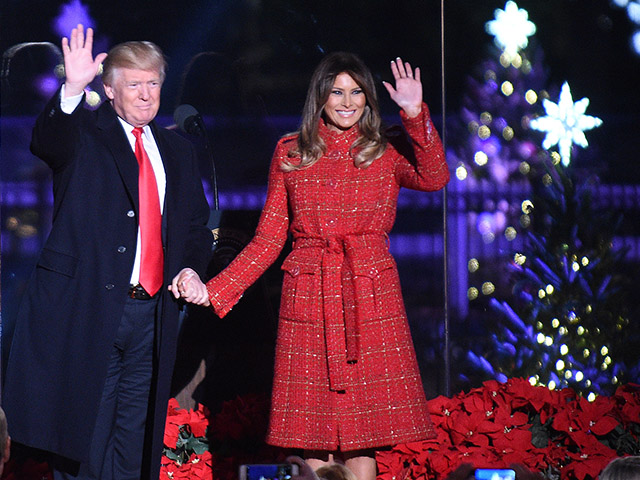 A video will appear above once the Trumps take the stage.

Secretary of the Department of the Interior Ryan Zinke is also scheduled to speak at the event.

The tree will feature ornaments from across America.

Wednesday night I will get a chance to see this hanging on the Ohio tree by @TheNationalTree at the @WhiteHouse. So excited! Thank you @NatlParkService and @OHEducation for selecting MJHS! #NCTL2018 pic.twitter.com/QoW6CJRwfx

During last year’s ceremony, Trump noted how the birth of Jesus Christ “forever changed the course of human history,” adding, “There is hardly an aspect of our lives today that his life has not touched: art, music, culture, law, and our respect for the sacred dignity of every person everywhere in the world.”

Trump also said, “Americans have known Christmas as a time for prayer and worship, for gratitude and goodwill, for peace and renewal.”