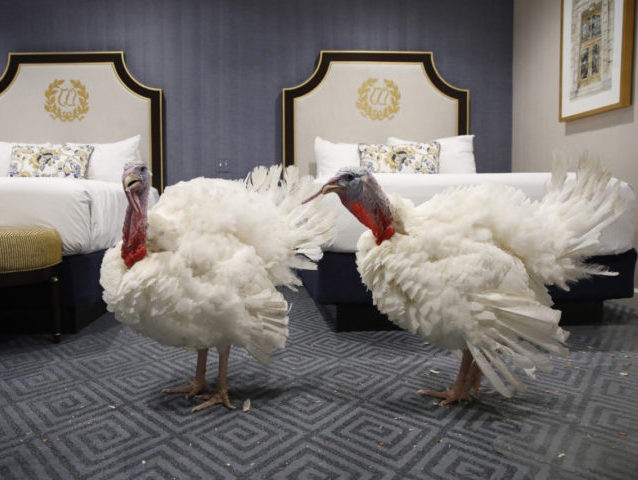 President Donald Trump will pardon one of two turkeys from South Dakota at the White House on Tuesday, continuing the annual Thanksgiving tradition.

The turkeys are named “Peas” and “Carrots” — one of which will be chosen as the official White House turkey based on online voting from the public.

The ceremony is scheduled to begin at 1:05 p.m. Eastern. At that time, a video will appear above.

Which turkey should be pardoned during the National Thanksgiving Turkey Pardoning Ceremony?

After the pardoning, Peas and Carrots will live at Virginia Tech’s “Gobblers Rest” exhibit.

Earlier Tuesday, one of the turkeys appeared at the White House press briefing room for a photo shoot.

After the pardoning, both turkeys will travel Virginia Tech where they will live out their days at the Department of Animal and Poultry Sciences.