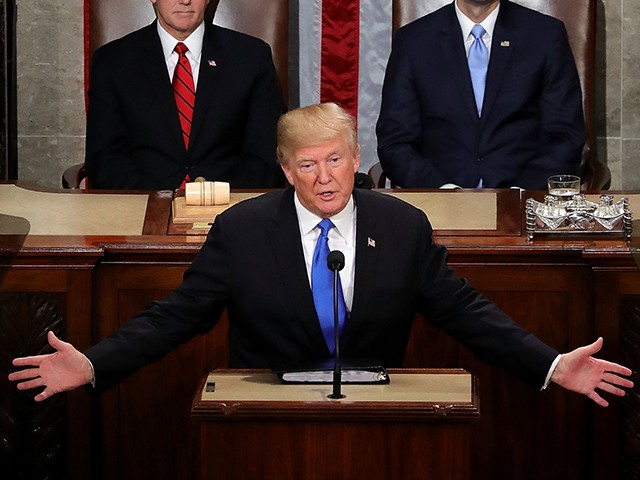 President Donald Trump will deliver his State of the Union address on Tuesday, speaking to members of Congress and the American people.

The president is expected to discuss the successes of his first two years as president and call for a path forward for the country on critical issues like immigration, trade, infrastructure, health care, and conflicts overseas.

The president will urge Democrats to join him in bipartisan cooperation instead of engaging in the politics of resistance and obstruction.

Trump plans to invite over a dozen Americans to the State of the Union address, including family members of a couple slain by illegal immigrants, law enforcement officials, a former inmate freed as a result of the First Step Act, shooting victims from a Pittsburgh synagogue, and a former opioid addict working to stay clean.