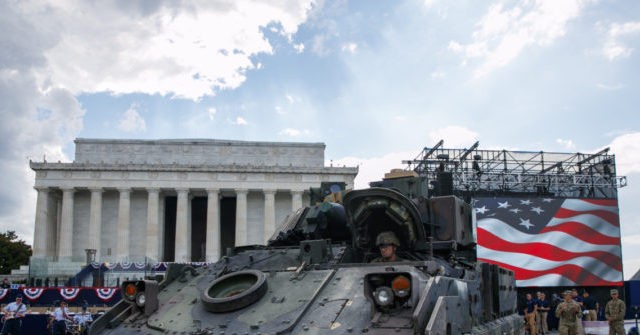 The National Independence Day Parade will take place in Washington, DC, on Thursday in commemoration of the July 4th holiday.

The parade will start near the U.S. Capitol building and run the span of the National Mall, ending near the World War II Memorial. Marching in the parade will be bands, military units, drill teams, floats, and giants balloons. It estimated thousands of individuals from all across the country will attend in celebration of “America’s birthday.”