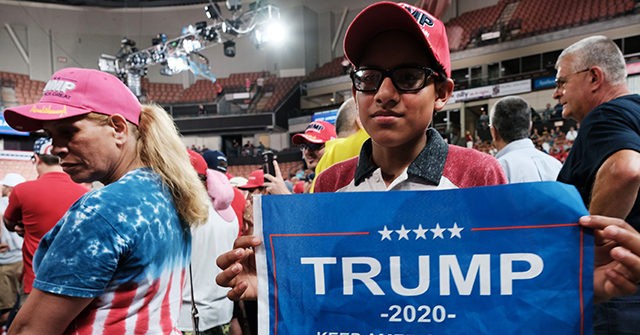 Breitbart News Senior Editor-at-Large Joel Pollak is on the ground covering the rally, revealing that vendors are selling their wares up to 17 miles away as an expected 12,000 people make their way to the arena:

Trump’s rally comes after two of his three main rivals, Sens. Bernie Sanders (I-VT) and Elizabeth Warren (D-MA), campaigned across the state this week. Sen. Cory Booker (D-NJ) is due to arrive in the Granite State this weekend.

Sanders and Warren both drew packed crowds at their events — albeit in the hundreds, not the thousands.

Democratic nominee Hillary Clinton won New Hampshire in 2016, despite Trump’s earnest efforts to win the state, including a rally the night before Election Day.

The latest Gravis poll of New Hampshire Democratic primary voters shows Sanders on top of the crowded race with 21% support, former Vice President Joe Biden in second place at 15%, and Warren third with 12%.

Follow Breitbart News for updates from this event and breaking political news.