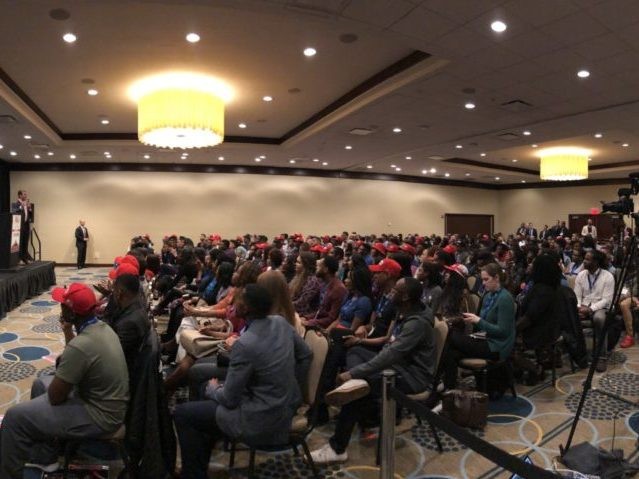 Hundreds of black conservatives from all over the United States have gathered in Washington, DC, to attend the first annual Young Black Leadership Summit.

The group will hear from several prominent black leaders within the conservative movement throughout the day, including actress and pundit Stacey Dash, United States Secretary of Housing and Urban Development Ben Carson, and radio show host Larry Elder, among many others.

A video will appear above when the event begins. The event is slated to start around 9:00 AM ET.

Turning Point USA’s Communications Director Candace Owens will also be speaking, where it is anticipated that she will make a big announcement Saturday afternoon.

The group met with President Donald Trump on Friday who hosted the attendees at the White House.

Today was beyond words.

So moving and heartwarming pic.twitter.com/6qxxgENr8r