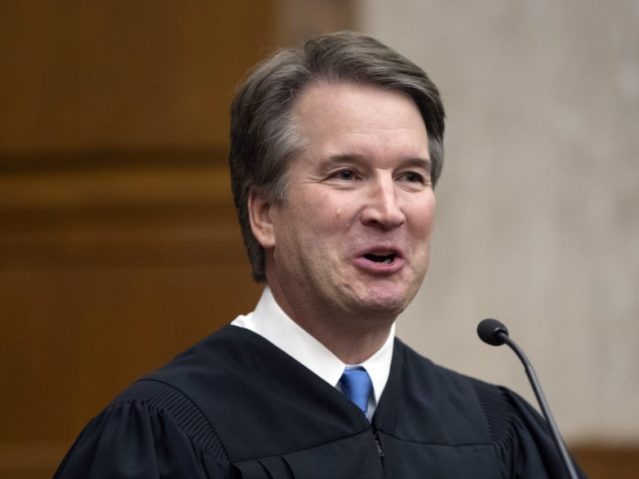 A group of six women who have known Supreme Court nominee Brett Kavanaugh personally or professionally dating back to his school days will speak at an “#IStandWithBrett” press conference at the JW Marriott hotel in Washington, DC, Friday.

The conference is organized held as Kavanaugh faces a sexual assault allegation never publicly revealed in the 35 or more years since the attack allegedly occurred. Accuser Christine Blasey Ford claims a 17-year-old Kavanaugh and another teenager forced her into a room and groped her in or around 1982 at a high school party.

The women of the #IStandWithBrett event will add to numerous people that have already made statements that the accusation does not match the character of the Brett Kavanaugh they have known for years. The six women met Kavanaugh at various stages of his life, including in high school days in which Ford claims he attacked her.

According to a release from organizers, the women include:

The conference is set to begin at 11 a.m. Eastern, with the livestream beginning shortly thereafter.