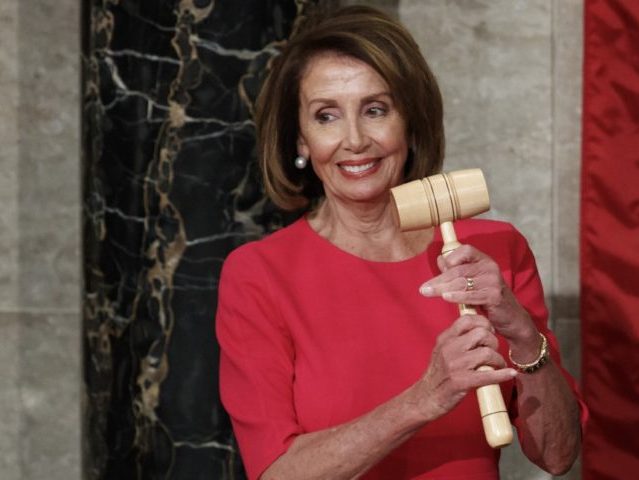 Liberal students at George Washington University said that they don’t want Nancy Pelosi as Speaker of the House, despite her recently taking over the job.

One student said that Nancy Pelosi was as out “out-of-touch” as Senator Elizabeth Warren, who came under fire this week for a bizarre livestream in which she drank a beer in her kitchen. Warren critics said that the video was a blatant and failed attempt to tie herself to younger, more popular faces in Congress like Alexandria Ocasio-Cortez.

“I’m not a big fan of her in general… I would like to see someone else,” one George Washington student told Campus Reform correspondent Cabot Phillip.

“I don’t like Nancy Pelosi, I would prefer pretty much anyone else,” another student chimed in. “When you look around at Democrat leadership, they’re old,” one student said. “I think there’s not one of them under the age of 70.”

“I do really understand and relate to the sentiment that we should have some newer and fresher faces,” another student added.

“I don’t think the Democratic Party has been fostering much new congressional leadership to replace these people in a decade or two,” one student argued.