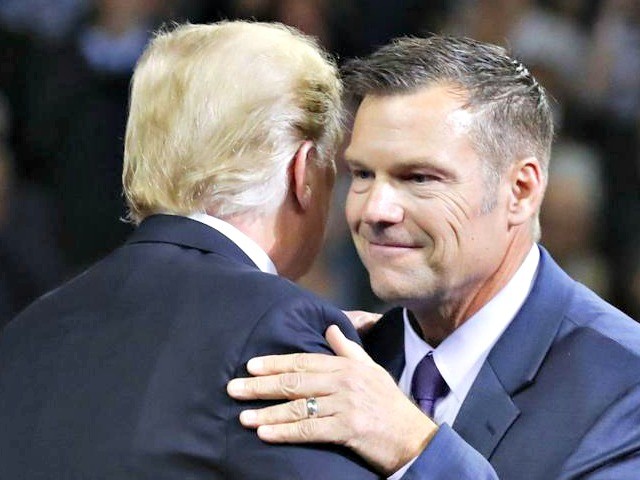 While campaigning with Trump at one of the president’s famous “Make America Great Again” rallies, Kobach thanked Trump for his work on trying to end illegal immigration and promised Kansans that when he is governor, he will do the same.

“I want to give President Trump credit … we’ve worked on a number of things, but the most important is stopping illegal immigration,” Kobach said. “I’m so glad that America has a president who gets it and that illegal means illegal.”

“I will not, and I know President Trump will not, allow our immigration system to be used again as a weapon to harm the American people,” Kobach said. “Stopping illegal aliens is not just about jobs, it’s not just about crime, it’s about our nation’s security and that comes first.”

Kobach laid into his Democrat opponent Laura Kelly for her support of illegal immigration during her time as a state legislator.

Trump encouraged his supporters in the state to “get out and vote for my friend, Kris Kobach” on November 6.