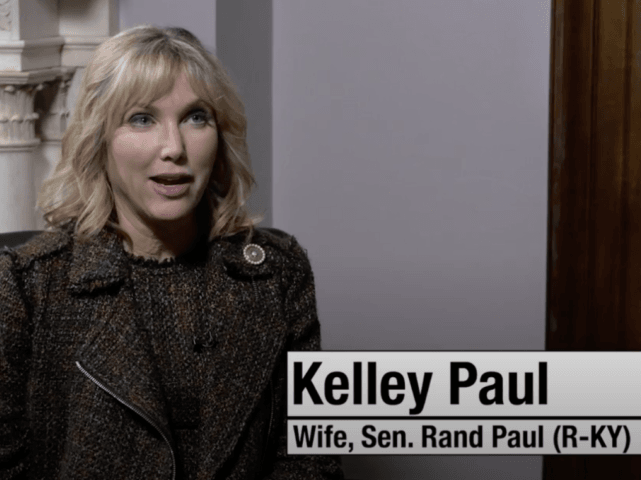 Paul says she is very enthusiastic about the FIRST STEP Act, a bill that would ease federal sentencing laws and that President Trump put his weight behind last Wednesday.

“I think it’s really exciting and incredible. This is an incredible day for bipartisanship, for a great bill that hopefully we will get brought to the Senate floor,” Paul told House moments after President Trump’s endorsement. “I appreciate the leadership that Jared Kushner and Ivanka have shown on criminal justice reform.”

Paul claims this is an issue all Americans can support.

“If we were to be able to actually finally make some strides in this area, it will be the first strides that have been made,” Paul said. “President Obama wasn’t able to do this. This is something that, I think, right and left come together. People in the Christian communities and Jewish communities come together on. Progressives come together on it. So, it’s a great bill. It is very modest in scope, that’s why they call it the first step and I’m hopeful that we can get a vote on it.”

Referring to her father-in-law, Mrs. Paul added, “Ron Paul, in the 1980’s, was talking about how overcriminalization of drug use was going to have a lot of unintended consequences and we are seeing that now with entire communities being decimated with so many mothers and fathers incarcerated.”

“We are talking about low-level crimes, many of them non-violent crimes. This is legislation that would affect people who are involved with drugs, which we have seen across our country as such a major scourage at this time. I really think people’s thinking has evolved on drugs. No one thinks they’re good, but we recognize that just locking people up is not solving the problem.”

“This legislation, not only has some sensing reform but it also does speak to people who are incarcerated, giving them opportunities, frankly, for hope,” Paul stated. “One of the most poignant aspects of it, to me, is that we have so many people that are incarcerated multi-days drive away from their families and if you are behind bars and you’re serving time, who are the people that would support you and give you hope to make right changes in your life?”

“It has devastating consequences on the children, especially of incarcerated mothers. So this bill has a requirement that they would put someone in a federal prison no more than 500 driving miles away from their family, which, to me, I think my goodness, the bare minimum. 500 miles is still a very long way.”

This bill, according to Paul, gives people an “opportunity to earn some good time back while they’re in prison by taking part in job training, taking part in anger management – if they’ve had issues with that, mental health concerns, and drug and alcohol rehabilitation.”

In closing, Paul argued that it is in everyone’s interest to support this legislation.

“I don’t think we can ever lose sight of the fact that 95 percent of the people in our prisons will one day be released and they will be rejoining society. So it’s truly a benefit to all of us, it’s in all of our best interest, to give these people opportunities for redemption and a path forward.”