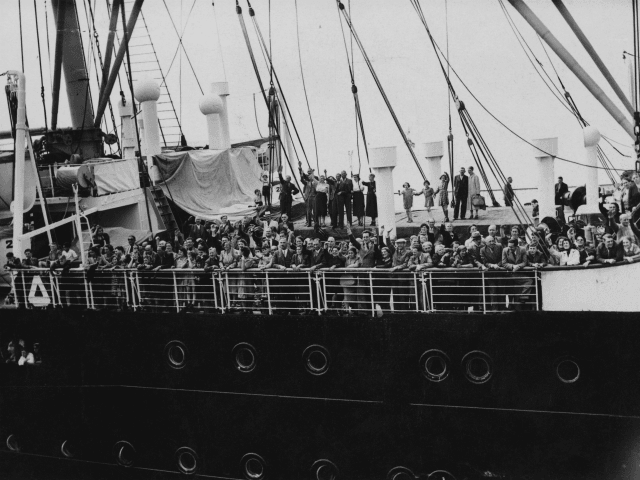 TEL AVIV – Canadian Prime Minister Justin Trudeau on Wednesday issued a formal apology on behalf of his country for its refusal to accept Jewish people fleeing the Holocaust in 1939.

The German MS St. Louis liner had 907 German Jews on board fleeing the Nazis. The ship had been turned away by Cuba and the United States before arriving on Canadian shores. The passengers were forced to return to Europe and more than 250 perished in the Holocaust.

“In 1939, Canada turned its back on 907 Jewish refugees, deeming them unworthy of a home, and undeserving of our help,” the prime minister said in a speech to the Canadian parliament. “Today, I issue an official apology on behalf of the Government of Canada to the passengers of the MS St. Louis and their families for this injustice.”

“While decades have passed since we turned our backs on Jewish refugees, time has by no means absolved Canada of its guilt or lessened the weight of our shame,” he said.

“We refused to help them when we could have. We contributed to sealing the cruel fates of far too many at places like Auschwitz, Treblinka, and Belzec. We failed them, for that we are sorry.”

Canada’s government in the period leading up to World War II was steeped in anti-Semitism. Only about 5,000 Jewish refugees were accepted over a 12-year period from 1933 to 1945.

“The liberal government of Mackenzie King was unmoved by the plight of these refugees,” Trudeau said. “Despite the desperate pleas of the Canadian Jewish community. Despite the repeated calls by the government’s two Jewish caucus members. … The government chose to turn its back on these innocent victims of Adolf Hitler’s regime.”

“We used our laws to mask our anti-Semitism, our antipathy, our resentment. We are sorry for the callousness of Canada’s response. We are sorry for not apologizing sooner,” Trudeau said in a French and English language address.

“We also apologize to others who paid the price of our inaction who we doomed to the ultimate horror of the death camps,” he added. “And finally, we apologize to the members of Canada’s Jewish community whose voices were ignored, whose calls went unanswered. We were quick to forget the ways they helped build this country since its inception.”