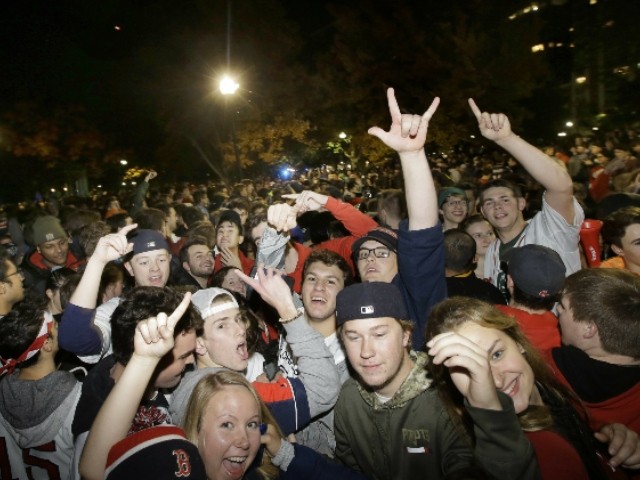 Previous generations of Red Sox fans, got precious little practice at celebrating World Series championships. However, Sox fans who are old enough to have watched, appreciate, and celebrate since 2004, are living in far more exciting times.

After defeating the Dodgers to win the series in five games, Red Sox fans put their well-practiced celebration skills on full display:

In Boston we trust pic.twitter.com/Iy6oLGin4Z

No pole is safe tonight pic.twitter.com/CG6mRpBDva

Of course, the celebration was pet friendly:

Though, the revelry may not have always complied with safety guidelines:

Of course, the Red Sox did some celebrating of their own:

Including quite possibly the biggest troll move ever, extended towards their arch rivals in the Bronx:

The Red Sox WENT there.