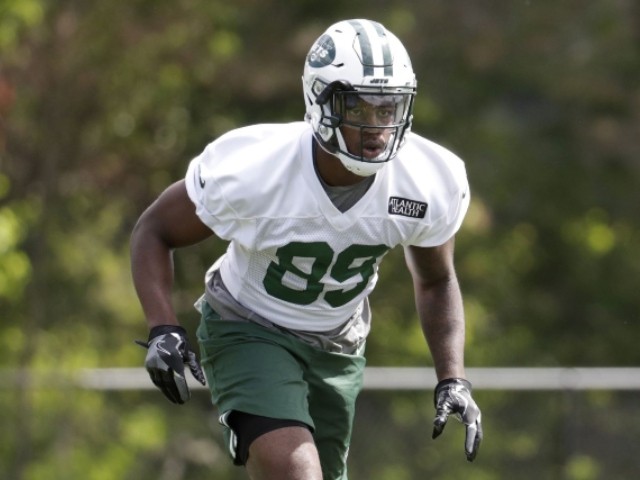 On Thursday, Jets tight end Chris Herndon showed the media scars on his hands from two additional fingers that were removed when he was born. That’s right, the Herndon was born with 12 fingers:

“It’s weird,” Herndon told SNY. “They cut them off when I was born.”

Herndon says he always wondered why he had tiny nubs next to each one of his pinky fingers — until his parents explained that he was digitally enhanced.

Now, Herndon says he’s got the ‘leftover pieces’ on his hands — and it’s become a cool thing to show off.

It clearly hasn’t bothered him on the field — he’s caught a touchdown in each of his last 2 games!

While the “leftover pieces” haven’t hurt him on the field, one wonders if he would have been even better with the additional fingers?