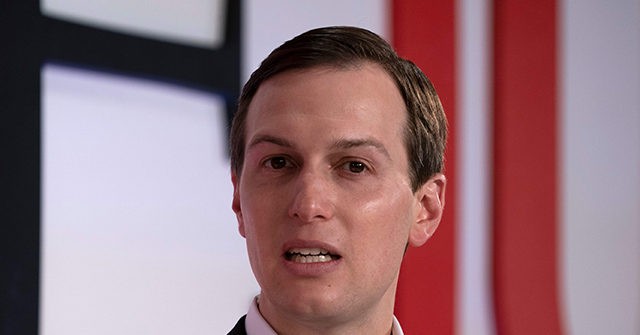 TEL AVIV – President Donald Trump’s son-in-law and senior adviser Jared Kushner suggested in an interview that the Palestinians are not ready to govern themselves ahead of the expected unveiling of the U.S. peace proposal.

Asked whether he understood why the Palestinians did not trust him, Kushner told news site Axios that he was not concerned with gaining their trust.

He added that the Palestinians should make their decisions based on whether “they think this will allow them to have a pathway to a better life or not.”

Kushner did not give a direct answer on whether the proposal would include the idea of two states for two peoples, saying only that he was in favor of self-determination for the Palestinians.

“I do think they should have self-determination. I’m going to leave the details until we come out with the actual plan,” he said.

Before the Palestinian areas can become “investable,” they “need to have a fair judicial system,” he said, with “freedom of press, freedom of expression, tolerance for all religions.”

Kushner and Special Mideast envoy Jason Greenblatt visited the region in advance of the Bahrain workshop in June where the White House has said the economic aspects of the proposal will be unrolled.

The summit has been snubbed by the Palestinians.

In remarks leaked to the Washington Post, Secretary of State Mike Pompeo said the proposal might be “unexecutable” and could be seen as a deal that “only the Israelis could love.”

In a closed-door meeting with the Conference of Presidents of Major American Jewish Organizations, Pompeo said that the proposal might not “gain traction” and critics could reject it as not “particularly original.”

“Folks will say, ‘It’s not particularly original, it doesn’t particularly work for me,’ that is, ‘It’s got two good things and nine bad things, I’m out,’” he told Jewish leaders.

Responding to the report, Trump said Pompeo’s skepticism may be justified.

“He may be right,” Trump told reporters outside the White House.

“When Mike says that, I understand when he says that, because most people think it can’t be done. I think it probably can. But, as I say often, we’ll see what happens,” he said.