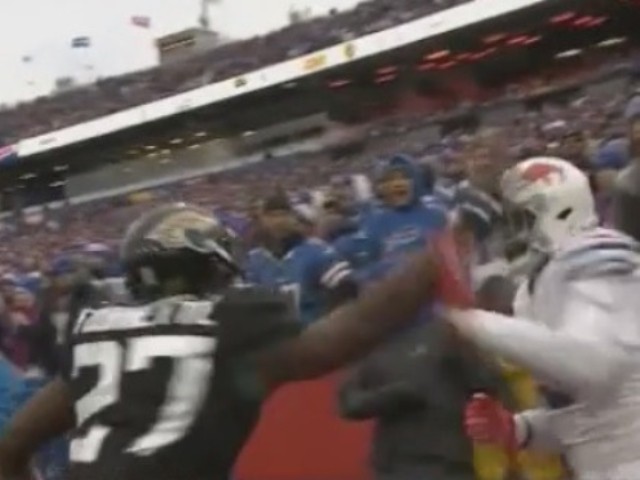 On Thursday, the nation came together and gave thanks for the plentiful bounty that our Heavenly Father has bestowed upon us.

On Sunday, we went back to punching each other in the face.

The Bills and the Jaguars faced each other in a contest between two of the more disappointing teams in the league. However, though the teams lacked entertainment value while playing the game, they more than made up for it with a fist-throwing melee on the sidelines.

The trouble started when Jags corner Jalen Ramsey began pointing out Bills players on the sidelines and informing them that they’re “trash:”

The trouble culminated in a contested catch between the Bills CB Aaron Williams and the Jags WR Donte Moncrief. The argument over the simultaneous catch led to a brawl.

The Jags Leonard Fournette and Buffalo’s Shaq Lawson were ejected for their part in the fight.