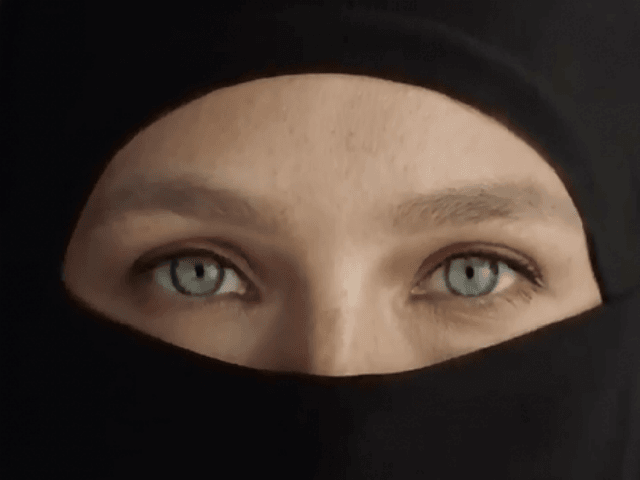 The promotion for Israeli company Hoodies starts with the question “Iran is here?” appearing on screen in Hebrew, before Rafaeli removes the burqa to reveal her outfit underneath.

She then shakes her hair and dances to a song with the lyrics: “It’s all about freedom, finally breaking the chains, costing my freedom.”

Refaeli, 33, promoted it on her own Instagram page — which has just under three million followers — with the caption, “I have a question for you.”

The response from those who saw it as both disrespectful to Islam and racist was immediate.

Ad depicts @BarRefaeli taking off a niqab followed by lyrics “finally freedom”. This is disgusting. Expecting companies like @Cosmopolitan & @giorgioarmani to drop her, unless y’all are cool with a brand ambassador spreading messages like this. pic.twitter.com/fkHpdojOAI

Bar Rafaeli decides to be woke – by being Islamophobic.pic.twitter.com/JfPllXTYqv

This has to be the most ignorant and racist ad I’ve ever seen and I can’t believe a whole company approved this.. I’m disgusted and at a loss of words. pic.twitter.com/oiY1XB27EH

@BarRefaeli this is just stupid. My idea of freedom is wearing hijab and if I want to wear niqab I will. This is what creates islamaphobia. pic.twitter.com/dBn41rKRDD

The video was shared Monday night on Hoodies own Facebook page. It has already attracted 280,000 views and almost 2,000 comments, the vast majority expressing outrage with the campaign and demanding it be withdrawn.

Others hit back with their own video creations.

i24 News reports Hoodies indirectly responded to the controversy with an additional post on their Facebook page on Tuesday. They posted a slightly different version of the ad which includes a broader range of women wearing headscarves interspersed with the original Refaeli clips.