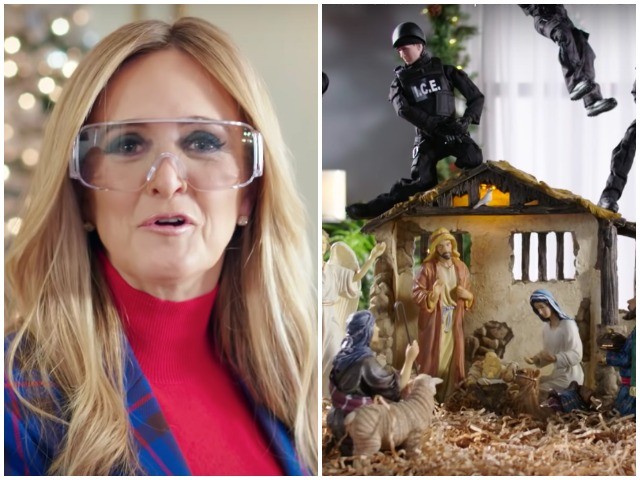 “You know, Christmas is a time for families, even those families that we’ve separated. Which is why I’m spending this Christmas on ICE, get it?” Samantha Bee says in the promotional video.

“Our special will raise money to help bring immigrant families back together, and we’ll have all the traditions you’ve come to expect–joy, the border wall, special guests, the birth of the Christ child.”

“And I’m gonna do it all while actually ice skating,” she continues. “No one knows when we’ll hit rock bottom, so this will be a festive reminder that we fucked over thousands of immigrants and we still haven’t fixed it yet. Merry Christmas!”

The 49-year-old comedian attacked Ivanka Trump in May over the issue of family separations at the border, controversially calling her a “feckless cunt.” The personal attack led to a brief advertiser boycott and Bee later defended calling Trump a cunt.

Disparaging ICE agents and other law enforcement personnel has become a common theme among left-wing comedians.

Prior to her Netflix show getting cancelled, Michelle Wolf compared ICE agents to ISIS terrorists.