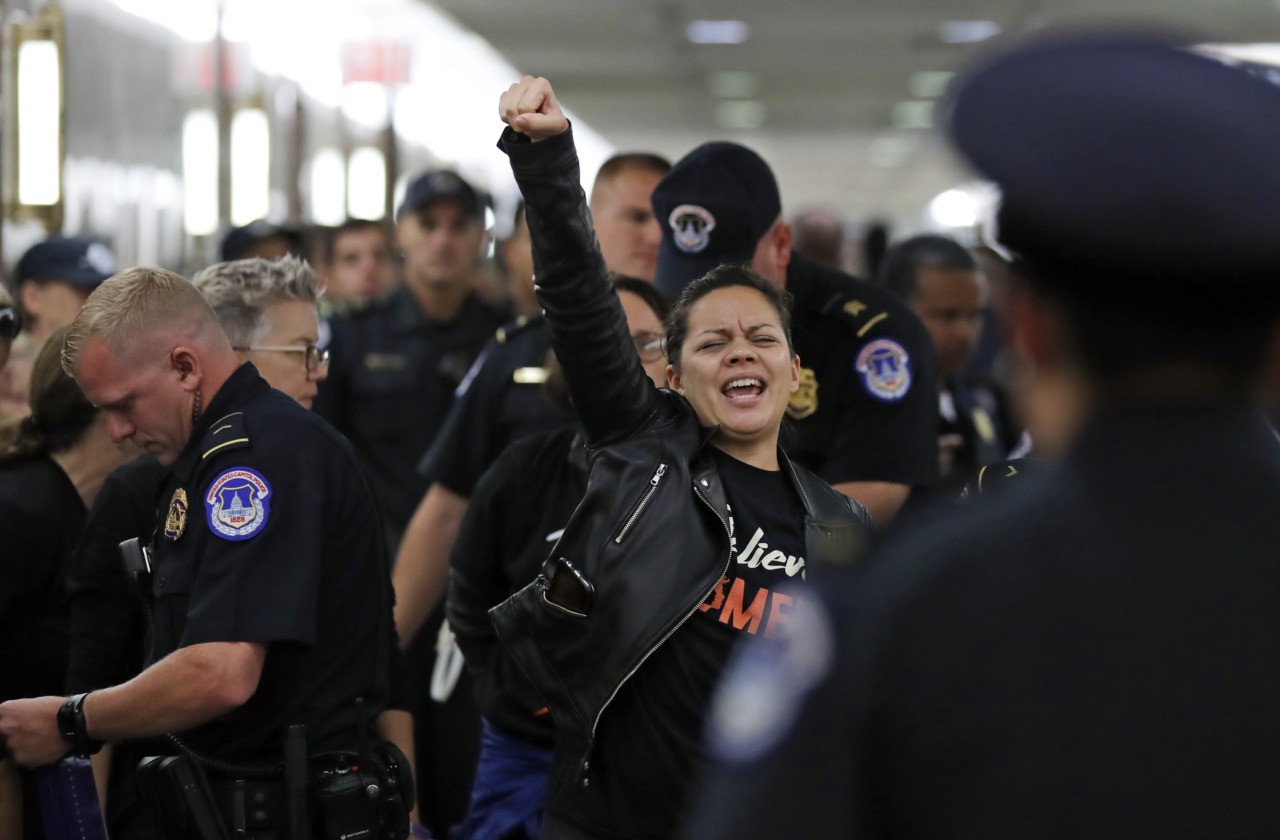 Outside of Senator Jeff Flake’s (R-AZ) office, hundreds of activists lined up to urge him to vote “no” on Kavanaugh’s confirmation, many sharing personal stories of sexual assault unrelated to the accusations against Trump’s nominee.

Several protesters have been taken into police custody.