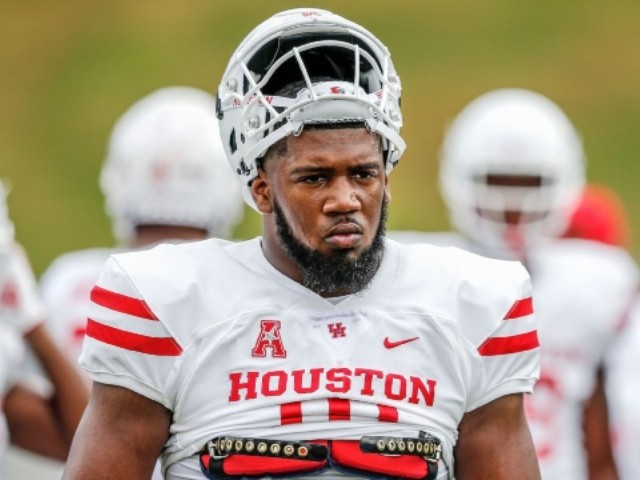 University of Houston defensive tackle Ed Oliver was seriously triggered just before halftime at Thursday night’s game against Tulane, when Cougars coach Major Applewhite ordered him to remove an overcoat.

Video of the incident shows Oliver, thought to be a top NFL draft prospect, going nuts and screaming at the coach after he was told to remove the floor-length, down jacket he was wearing.

According to USA Today, coach Applewhite told Oliver to remove the coat because they are usually reserved for active players and Oliver was sitting on the bench and not dressed to play.

A video shows Oliver screaming and throwing animated gestures at Applewhite as others try to keep the player and coach separated.

Oliver did not play after the incident, but Houston went on to win 48-17.

After the game, coach Applewhite tried to wave off the incident saying, “He got emotional, but he’s young, and that’s what happens. And he’s not playing. That’s hard. That’s difficult. I don’t hold anything against anyone. I’m just going to visit with him about it. I love him. I want him to be a part of our team. I want him to be with our team.”

Oliver has been taking it easy after an October 20 knee injury, but ESPN cameras caught him jumping, running, and catching passes during warmup before Thursday’s game.

The player has already announced that this will be his final college year and that he plans to jump into the 2019 NFL Draft. He is assumed to be a top prospect, according to Draft Wire.

Oliver was also recently nominated as a semifinalist for the 2018 Outland Trophy, which he also won last season.