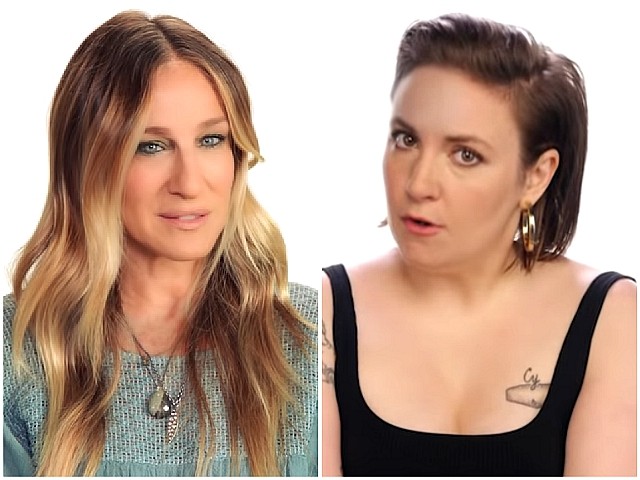 The video was released Tuesday by Rock the Vote, the self-described non-partisan group which aims to “dedicated to building the political power of young people through pop culture, music, art, and technology.”

“It’s not just any Tuesday,” Divorce actress Parker, donning a mint green blouse, says as she stares into the camera. In the following scene, Girls creator and Camping producer Dunham tells viewers “Tuesdays are for voting.”

“Get out and vote,” George R.R. Martin, the author behind Game of Thrones, urges.

“HBO actors want viewers to turn everything off, to stop watching and to go vote,” Carolyn DeWitt, Rock the Vote president said in a statement about the last-minute ad. “It’s a powerful message you don’t typically hear from entertainment companies, but it goes to show how much is at stake in this election and how HBO believes in the power of each and every vote.”

The Rock the Vote ad follows several celeb-packed get-out-the-vote videos released as of late. In an ad for “Multiply Your Vote,” actress Julia Louis-Dreyfus urged voters to head to the ballot box Tuesday, warning the U.S. would begin to resemble Nazi Germany unless President Donald Trump’s agenda was thwarted.

In another ad, produced by the left-wing group We Stand United, Julianne Moore and Rosario Dawson urge Americans to support Democrats who will vote against the administration’s immigration policy, while accusing President Trump of breaking “international law” by “imprisoning children.”

Over the weekend, NowThis released a video of actors Leonardo DiCaprio and Brad Pit encouraging viewers to vote in Tuesday’s election and lobby progressive causes such as climate change and gun reform. “The future of our country will be decided this week,” says the Wolf of Wall Street star. “Elections don’t just matter when voting for president. This election might be the most consequential of our lifetime.”

“So much is at stake, from gun safety laws, to immigration policy, clean water and air, and whether or not millions of people have access to health care,” he added.

“These issues will be decided from the House of Representatives, to the Senate, to dozens of governor’s races,” a stern-faced Pitt says to the camera.