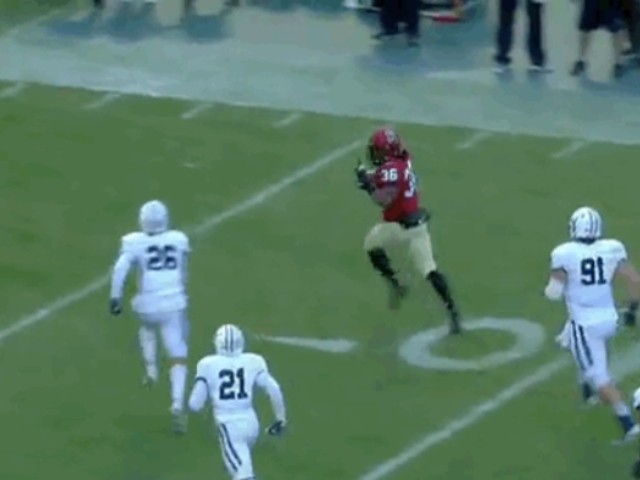 All is fair in love and war. However, while passions similarly run deep in the turbulent world of college football, not all emotional expressions are fair or allowed.

And some of them, if noticed by the wrong people, can cost you dearly.

This lesson was learned the hard way by a Harvard running back on Saturday. During the Harvard-Yale game at Fenway Park on Saturday, Harvard back Devin Darrington broke off a 27-yard run for what appeared to be a touchdown for the Crimson. However, upon closer review, Darrington could be seen flipping Yale defenders the bird as he entered the end zone.

Harvard had a TD ca🖕🖕ed back for some reason pic.twitter.com/JcbRMOax3x

The Ivy League may not produce any Top 25 teams, though they clearly still produce their fair share of contentious rivalries. The releasing of the bird did not hurt Harvard, however. The Crimson had to settle for a field goal on that particular drive, but won the game 45-27.