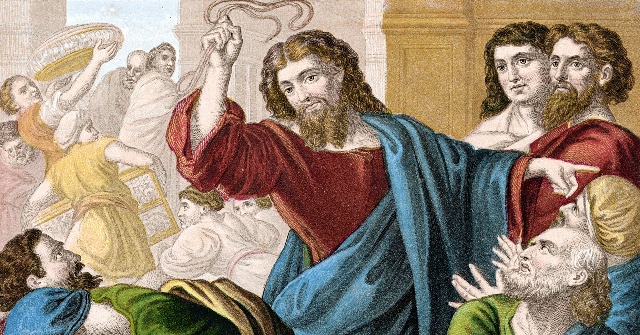 Police were volubly expelled from a Polish church in Alberta, Canada after disrupting an Easter service, with the pastor denouncing them as “Gestapo Nazi communist fascists” and “psychopaths”.

Pastor Artur Pawlowski ordered the six officers who descended on the Cave of Adullam Church out of the property in a video which he uploaded to Facebook, accusing them of “intimidating people in a church during the Passover” and saying “don’t you dare coming back here [sic]”.

“Can you imagine, those psychopaths,” Pawloski said to the camera as the officers walked away. “Passover. The holiest Christian festival in a year, and they’re coming to intimidate Christians during the holiest festival — unbelievable!” he exclaimed.

“What is wrong with those sick psychopaths?”

The pastor had been polite but firm with the half-dozen officers originally, telling them: “Please get out, get out of this property, immediately get out” as they clustered together a short distance inside the building.

He became markedly firmer as they attempted to linger and put questions to him, insisting: “I don’t want to hear a word. Out! Out! Out of this property immediately, until you come back with a warrant — out!”

Pawloski chastised them as “Nazis” and declared that “Gestapo is not welcome here” as they straggled out, largely in silence, with the ineffective attempts at talking left to the sole female officer among them.

Polish Christians were unable to fight back so effectively in Canada’s mother country of Great Britain on Good Friday, however, when officers descended on and broke up a Polish Roman Catholic service in London during the sacred Liturgy of the Lord’s Passion as “unlawful” — despite worship now being lawful with social distancing.

“We were not allowed to finish the celebration. The policemen found our liturgical assembly illegal, ordering everyone to leave our Temple immediately on pain of a £200 fine for each parishioner present or even arrest. The faithful obeyed this order without objection,” the church said in a statement.

“We believe, however, that the police brutally exceeded their powers by issuing their warrant for no good reason, as all government requirements were met.”

The move caused considerable anger among conservatives who traditionally back the police in the face of violent protesters calling to defund them, accusations of “institutional racism”, and so on, with Brexit champion Nigel Farage, for example, sharing a video of the “bust” and commenting: “I want to support our police forces but this sort of thing makes it very difficult.”

Making some light of the situation, conservative social media personality Chris Rose facetiously suggested that “The Christians should have held the service outside of Batley Grammar School where police never disperse gatherings.”