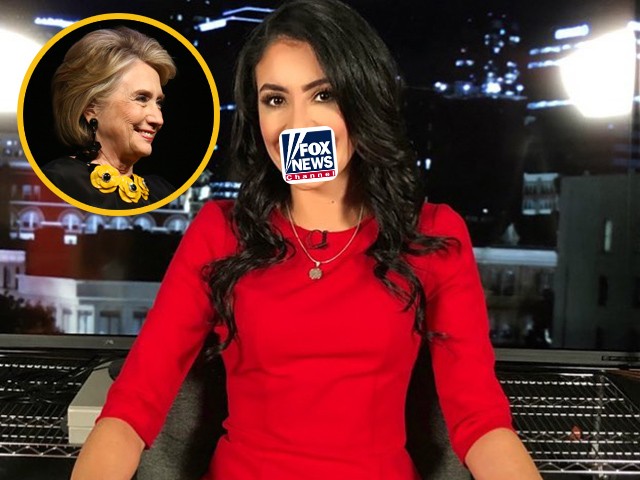 After Fox News anchor Rick Leventhal said he was “amazed” over Hillary’s ability to stay in the news, Turning Points USA Director of Spanish Engagement Anna Paulina said, “She won’t go away, she’s like herpes.”

Levenathal immediately said that was “not appropriate” and Paulina was taken off the air, even though the segment was not over.

Leventhal later issued a groveling apology. “We are going to wrap this segment a little bit early because of the language that was used in the segment, and we apologize to our viewers for that,” he said.

“We want to reiterate that we do not condone the language that Anna Paulina just displayed here, and we apologize to Secretary Clinton for that. Fox News does not condone her sentiment.”

Meanwhile, and without apology, over at CNN and MSNBC, President Trump and his supporters are regularly compared to Nazis, a virus, the Ku Klux Klan, dictators, and a “cockholster.”