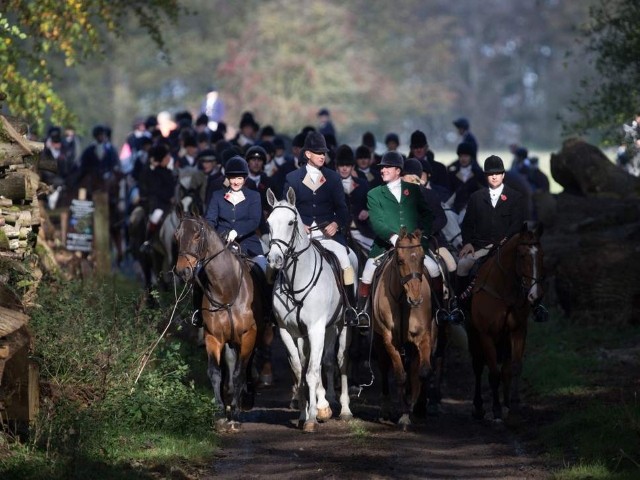 A woman protesting fox hunting in the U.K., was slightly injured after falling on her head as she tried to climb a farm gate that was being shaken by pro-hunting supporters.

The unknown woman wearing a scarf over her face to hide her identity is seen in the video trying to climb over a metal farm gate to enter a field to interfere in a fox hunt event. But as she tried to climb the fence, several farmers began shaking the gate until she flew off from the top and crashed to the ground on her head, the Daily Mail reported.

The farmers were then seen laughing as the woman crashed to the ground.

The group of farmers was apparently supporting the Ashford Valley and Tickham Fox Hunt, which the West Kent Hunt Saboteurs were trying to disrupt last week.

The woman presumably did not have permission to enter the private property.

“We were following the hunt all day and at this point, one of our sabs, the lady, was trying to keep up with the hounds,” said West Kent Hunt Saboteurs member Harry Blackhurst.

“We were climbing over the gate, and those three elderly hunt supporters were shaking the gate purposely to get her off it,” Blackhurst continued.

“She ended up falling from quite a height onto her shoulders, but luckily she was okay. It could have been an awful lot worse,” he said.

A friend of the radical anti-hunting activist said she was “understandably very shaken up. She could easily have broken her neck,” the friend added.

Neither the Kent police nor members of the Ashford Valley and Tickham Fox Hunt offered any comment about the anti-hunt activist’s treatment.